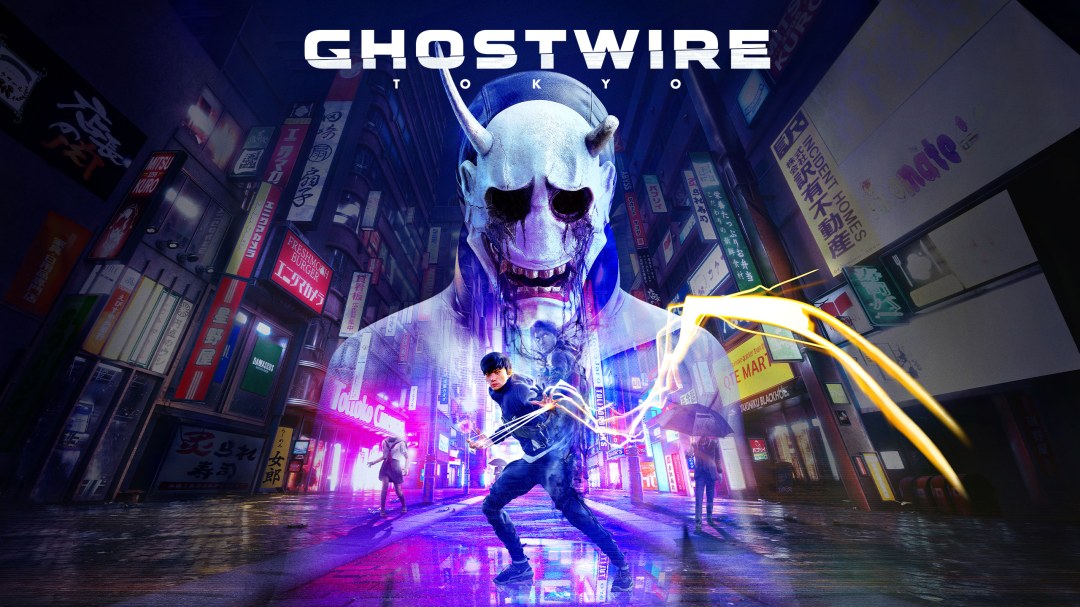 Tango Gameworks made what I consider to be the best recent survival horror game, The Evil Within 2. Its solid gameplay loop, medium-sized open-world design, engaging characters, creep villains and monster design haunted me for some time. Their latest game, Ghostwire, is the start of entirely new franchise, where the Japanese team has diverted themselves toward a first-person open-world finger-em-up. More on that later.

Set in modern day Tokyo, Ghostwire sees protagonist Akito waking up after a traffic accident. However, soon after, Akito is possessed by a recently deceased grumpy detective-turned spirit named KK. Upon being possessed, the entire city is covered in a fog and every citizen is basically raptured away, except for Akito. A man in Hannya mask shows up on the screens, using spells to summon various evil spirits. From there, Akito is alone with spirits in an empty Tokyo.

Akito develops magic combat powers, using various hand gestures and a magic bow. He uses these against various spirits, all derivations from Japanese folklore and mythology. Along with KK, Akito attempts to save her sister, kidnapped by the mysterious man and thereby hopefully save the city. A “save the sister, save the world” scenario, if you will. Players traverse the empty, but beautiful buildings and streets of Tokyo, upgrading Akito’s abilities, to fight the dangers that have descended.

It’s a slick premise, with gorgeous animations, great characters, fascinating creature designs – all the elements I loved from The Evil Within 2.

It’s a pity then that it’s one of the most boring games I’ve ever played.

Instead of shooting guns, you literally shoot your fingers. Using different elements – water, fire, etc. – Akito channels magic to attack and defend himself against the spirits in the city. Also with KK’s guidance, Akito learns how to glide and use a magic bow.

Akito can find various spirits still hanging around the city, requesting his aid and offering insight into where to go next in his quest to find his missing sister. Akito must “clear” various zones in the city, which helps undo the fog allowing him to travel further and further into the city. He does this by fighting spooky things, then exorcising whatever is haunting the area – usually a gate of some kind allowing the spirits entry into our world.

Combat can be furious and fun, with block moves, melee swipes and spirit bullet attacks. All of this is conveyed with beautiful animation of Akito’s hands, vibrating through the PS5’s DualSense controller in realistic fashion. It feels great and fluid, and the ease with which you can switch up your attack or defence makes for enjoyable combat.

Open world fatigue is a well-known issue: This is where games provide a massive open-world, with numerous activities but the activities are repetitive, acting as hindrances to progress so players end up grinding for hours. It’s so bad that developers themselves have recognised it and addressed this in the very games that are unnecessarily bloated. Unfortunately, Ghostwire has not avoided this curse.

Icons dot the map, all requiring the same activity: go to place, fight some spirits, press action button on item to clear or obtain it. This pertains to side quests and main quests, with very little variation. All that changes are the purported reasons Akito is there which is little more than dialogue and writing, but which don’t change the gameplay dynamics.

Regarding combat, when you end up using the same sets of moves for every enemy, sterility sets in. Some enemies shoot from afar, while others get in Akito’s face. That is about the only variety you will experience, except for bosses which are the most interesting aspect of the game.

I would have forgiven a lot if the story was decent, but it’s very uninspired. While initially it presents us with some interesting takes on apocalypses and other worlds, it soon becomes cliche – with the the world’s most boring villain broadcasting how evil he is on the TVs around Tokyo (for whom? Everyone has vanished?!).

While we find out more about KK, his team, as well as the relation to the villain, I soon forgot about the story and any notable twists and turns. Though the best sequences arise from following the main story – including one sequence pulled from the best parts of The Evil Within 2 in terms of traversing an Alice in Wonderland-type of nightmare – there was nothing about the story or conclusions that made me sit up.

The game has personality, to be sure, with a great buddy-cop dynamic between Akito and KK, as they grow to begrudgingly respect each other. The game’s Japanese voice acting was superb, with great performances by the two leads, Kensuke Nishi and Kazuhiko Inoue.

The game also features lots of cute animals, such as pettable and helpful doggos and merchant cats – who are, actually, nekomata yokai running all the merchant stores. While there are ordinary cats about, they – in true cat fashion – appear consistently selfish and unhelpful.

Even the spirits are “scary” in design more than behaviour, with all the menace of Saturday morning cartoon villains. They’re certainly fun to combat but do not have the ongoing menace and fear so terrifyingly conveyed in Tango’s previous games. While their designs are consistently incredible, they’re not particularly villainous. They’re better concept art than enemies.

This is a game with a few interesting mechanics but due to the size of the world, everything is unfortunately dragged out. This also applies to the “horror” aspect: I’ve never played a game marketed as horror that is about as frightening as an episode of Scooby-Doo.

With repeated tasks, similar settings, same combat regardless of enemy, there was little that made we want to continue. The story became stale, even if the best sequences were found there.

What a pity. I really wanted to love Ghostwire, but unfortunately, it’s just too boring.