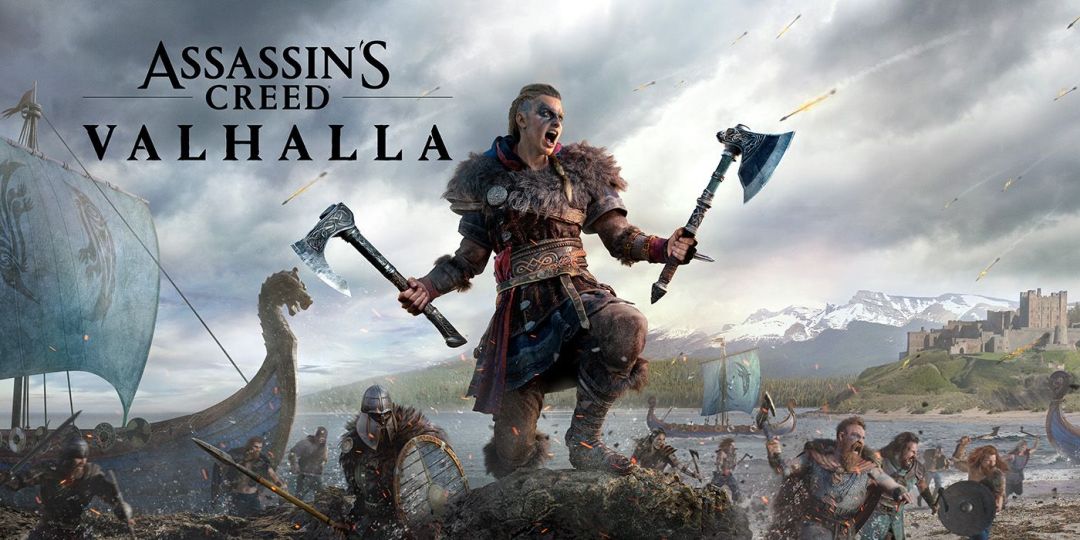 The Assassin’s Creed franchise is fascinating in its gradual erosion of the very concept that made it initially unique – the titular aspect that has, through time, diminished in its impact and import: being an assassin. The first game leaned very much into the nature of being an assassin, having you play as perhaps one of the original embodiments of what it means to be a hired killer, albeit one who drapes himself in morals and claims righteousness after spilling some soul’s blood. Targets were central to every mission, mechanics focused on social stealth and manipulation, to get the upper or lower ground on a target, then make a getaway from the target’s guards.

That first game’s character, Altaïr, was less developed as a character than PacMan. (Both Pacman and Altaïr had targets they could kill after the right mechanics were in place.) But he was useful as a tool to experience the game’s mechanics. It very much focused on players’ experience of assassinating rather than the assassin himself. This also fit the game itself, with Desmond Miles being an unwilling participant in a simulation of his ancestor’s life.

With the sequel, players were introduced to the brilliant Ezio. Here was a fully-fleshed character, with connections, loves, interests and so on, that made him genuinely more interesting – with better mechanics and a mixture of political and emotional drive fueling his assassinations. Players still had the benefit of the assassination mechanics but now with a proper protagonist.

No characters, prior to Origins and Odyssey, managed to really stand out. But the games somewhat centralised the “art” of assassination.

Origins however not only started a new chapter, but burnt all the pages that came before. Here the games really leaned into the RPG mechanics the previous games had flirted with.

Skill trees and experience points, crafting and side-quests: It was all there. The game’s world, Egypt during the times of Cleopatra, was central to the story. Bayek was a lovely, fleshed out character – with some of the Ezio charm but entirely his own brand of Revenge Dad.

Odyssey took this even further, but the Greek world was merely set-dressing. Little of it or its story really required the world of Ancient Greece unlike Egypt or even Ezio’s Italy. While Kassandra remains the best protagonist in the series – and perhaps the best of any franchise, except perhaps The Witcher 3’s Geralt – the game itself was a slog of MMO-lite activities.

And now we have Valhalla.

In Norse mythology, Midgard is the one of the nine worlds and the only one humans experience. And it seems a fitting name and theme for Valhalla. Set during the 9th century invasion of what is now Britain, players take on the role of Eivor – a poet, Viking warrior, with a fierce love for her brother and her people, and a deep sensitivity to the world around her.

Valhalla does little to introduce players to its world. Even as a veteran Assassin’s Creed player, I struggled to fit what was happening in terms of the canonical timeline. (But I won’t touch the “real world” part.) Even now, I fail to understand really why Eivor left her village, why they want to conquer Britain, why they’re invading monasteries and so on. Eivor felt like a real person often precisely because there was much I didn’t know or understand, as though I had just suddenly entered her life in her late twenties.

Eivor also agrees to help the mysterious Hidden Ones assassinate the so-called Order of the Ancients. The Hidden Ones help the Vikings as much as any other soldier so, again, I struggle to understand why she decides to help. I keep feeling like I’ve missed a key line of dialogue. I get the sense it was due to the Order being powerful people and Eivor wanting to eliminate powerful people to help her invasion?

Despite this confusion and lack of foundation, the game quickly finds its stride. And what a stride it is.

Eivor arrives in England to setup her own small town. By collecting the right sort of resources, she can begin building the town to accommodate people from her land. These open up venues for further mechanics, from tradespeople to haircuts, horse and aviary spaces to longship management. I love the idea of going about on missions but have a place to come back to, to call home.

You’ll occasionally stumble across a unique sidequest in the village: from two people squabbling about who is more eloquent to local children who have heard the cries of a wolf (I won’t spoil what happens because it’s one of my fondest memories and genuinely a brilliant bit of game design.)

Sidequests in general, all over the world, feel organic rather than the tickboxes that overwhelmed me in Odyssey. Yes, there are icons but they are properly spaced and even the mission types have a greater variety. Even items you need to collect give some kind of feedback into the village, rather than just being a meaningless tick.

Unlike Odyssey, there is a greater sense of variety of environments too. While it is all Medieval English countryside, weather, woods, music and general tone all marshall a sense of particular space. During the Beowulf questline, I can still almost taste and see the murky muddy village I was in; another mission had me negotiate with a mercenary leader who furiously flirted with Eivor but Eivor kept her cool to obtain a deal without anyone being killed; and still another involved helping a Berserker find peace in his revenge quest, accompanied by his mighty bear. Unlike Odyssey, I actually remember these quests – due to their lower number and brevity for completion.

What is further remarkable is that quests can be simple and fun: I ran across a helpless monk, whose apple cart had spilt. The entire mission lasted less than 5 minutes, with me carrying a crate of apples, then having fun with the monk and his friends – where Eivor bobbed for apples.

The world feels alive and well; despite being English countryside, the artists have still managed variety, in terms of geography, space colour. And I think that is the key takeaway: Valhalla manages to feel different, while still playing its cards close to its chest, operating using similar mechanics we’ve come to know, and not doing much to upset the slow evolution the series is obviously going down.

The game’s massive size is managed by its piecemeal dolling out of quests and activities. You are restricted by levels to certain areas, so it’s a good way to keep you focused and limiting your exposure to 300 icons. No doubt those 300 icons are there, much like Odyssey, but they don’t come flooding your map and screen.

I’ve not finished the game due to its size. But for now, I’m pleasantly surprised.

I’m playing a base PS4 and have encountered quite a few bugs. This seems like it still needs some time in the oven and will no doubt play a thousand times better when its Game of the Year Edition – or whatever it will be called – drops next year, and on next-gen consoles specifically.