Spider-Man: The mediocre and the magnificent

Peter Parker’s Spider-Man is a superhero designed to cater for the “Every man”: he’s got little financial security, struggles with rent, isn’t in a long-term secure relationship and has close ties to his family. However, as with many ideas of “every man”, assumptions are ignored: Peter Parker is a white, able-bodied, fit young man and can hardly be called every man when he’s a certified genius. Parker apparently struggles to find a place to rest his head, but can conjure from thin air technology that would make DARPA weep.

His relationship with the police is friendly and supportive, where the thin blue line is one that never becomes a net or noose for this vigilante – one who’s sometimes called in by the police itself. At time when young African-American men can’t even live in their own home without being killed by US cops, it’s hard to ignore white immunity at play.

Add this up and it’s difficult to dissociate him from any other known superhero vigilante: Tony Stark and DC’s Batman might be billionaires, sure, but in terms of me being able to identify with him, Peter Parker might as well be included alongside these two.

Marvel’s Spider-Man is a beautifully created, enjoyable open-world experience that hides its trivial collectathon filler under the flow of slick mechanics. Characters are fleshed out, making even the villains interesting (more on that latter) and often amusing. Spider-Man’s quips and general friendliness with the citizens of New York make for a pleasant change from the dark overtones of other superhero experiences, like the Arkham series or Infamous.

Mission consists of either dramatic set-pieces, hideout clearances – which sometimes allow for stealth while others have waves of enemies – forced stealth sections, and chase sequences – reusing the same animations.

Much was made of playing as Parker himself. The action slows, but don’t expect much to arise from this: It’s merely pleasant to have him perform simple puzzles and converse with ordinary people. Of course, in one key area it does make a difference to how the story is told.

A great aspect of superhero stories is the dual identities of the heroes, the concerns of one life bleeding into the spandex one. In this case, the story of Peter effectively enabling the creation of his own worst enemy was a smart idea – especially when the game provides ample ground to show you the emotional core tying Peter to the villain himself. We understand from the trust and love Peter has for this person what motivates him to become the supervillain we fight in the end. That connection creates a far stronger tie than one, say, of revenge or who are embodiments of evil that just need to be stopped. It’s the same reason The Joker worked best in Arkham Knight: He might not have been real, but his relation to Batman centred much of Batman’s otherwise flat character growing.

Spider-Man’s connections to other characters is to be envied. He’s loved by the right people, respected by police, and hated and feared by villains. What’s joyful about the game is how Spider-Man connects and respects everyone: When he does belittle or undermine Mary-Jane, the game calls him out on this. It even shows scenes of MJ saving Spidey himself, taking the time to mock the stereotype of Spider-Man’s countless catches of a plummeting MJ. Peter is kind, gentle and genuinely wants to do the best he can: As a Superhero he will take time out to catch pigeons for a man for whom the pigeons represent his last connection to his late wife; he will work for no pay if it will advance the scientific trajectory of a great mentor, trying to help the world; he will spend time at a shelter, learning the names, habits and past of those who have less than him without judgement or scoffing.

It’s unfortunate that despite such a solid ground, the game remains an open-world collectathon, focusing on the same missions on repeat; this is all pasted over with some of the most incredible animations I’ve seen and movement that’s a joy to participate in. Just getting to locations is fun: meaning the task itself could be so average but the enjoyment of getting there seems to override this. But this should not be a Get Out of Jail Free card: There’s no reason the missions had to be so stock standard. Here, you have the setup of a well-known hero, who already has a relationship with the city. While action set-pieces are breathtaking, it didn’t feel particularly challenging. Everything involved taking out bad guys – but no investigation, recording, thinking, interrogation, quick talking. You don’t plan with anyone or work together except in one sequence – here, the game puts you in the shoes of MJ and, working with Spider-Man, you fight back against hostage takers in a clever use of the instant takedown mechanic. More of these kinds of missions would’ve been welcome, instead of forced stealth sections with insta-fail states. I relished playing as different characters, but even these became the same mission. 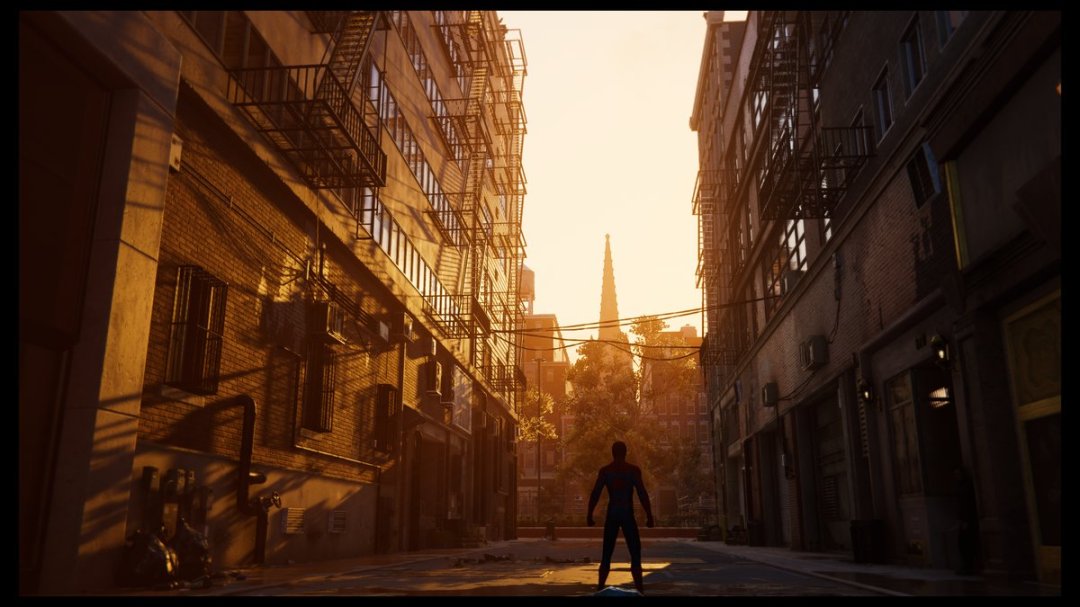 Spider-Man has a lot going for it but takes too much for granted to be regarded as great. The story is the best Spider-Man story I’ve seen, the actors are fantastic, and world created in this first Marvel Game Universe has set a strong standard. But the mediocre mission designs, the repeated mission-types and the repetition of actions stops this from becoming an amazing game. You’re better off waiting for a sale than purchasing it with any sort of rush (though I realise how late this review is).